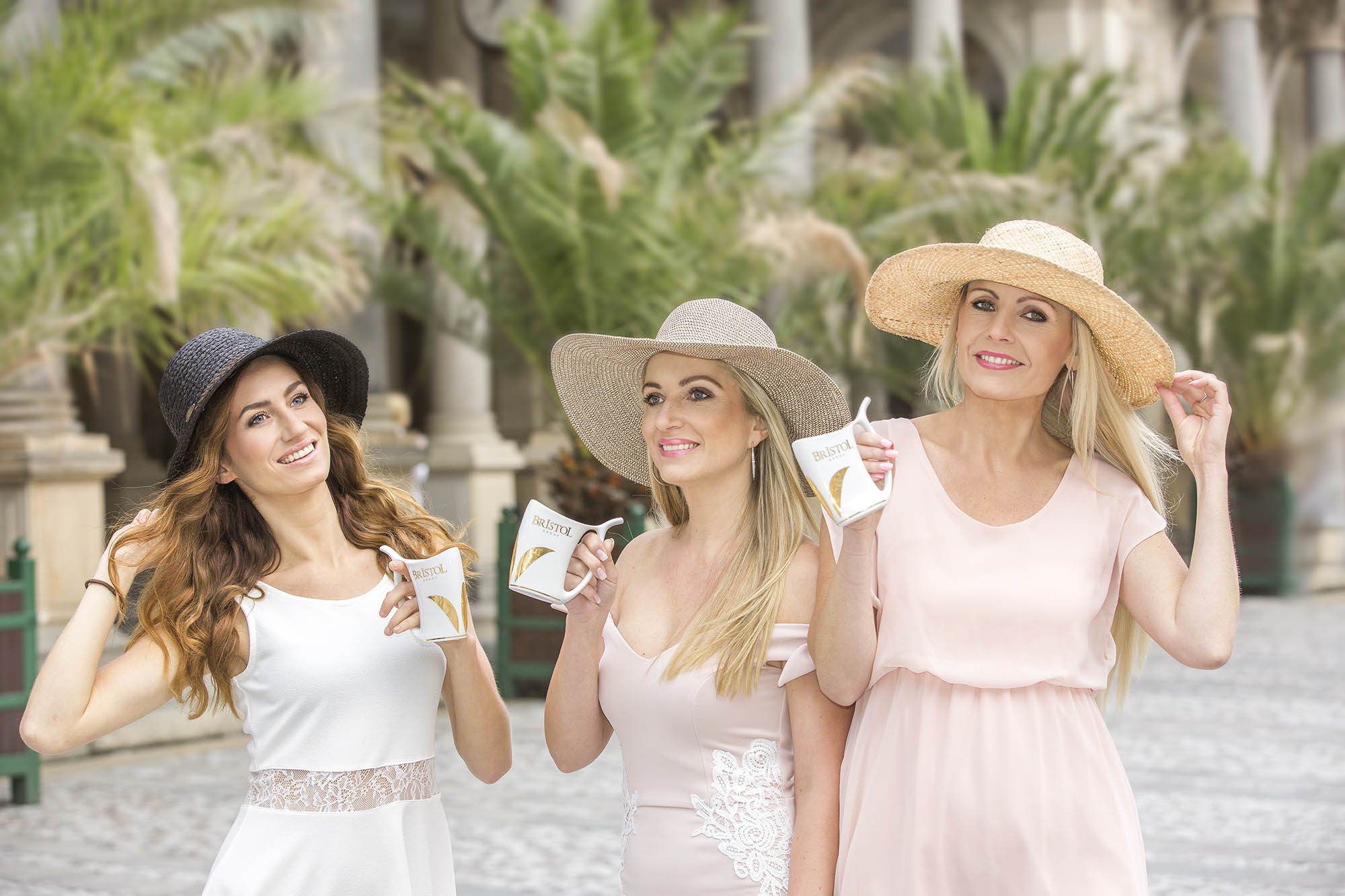 Aristocrat of the Czech Spa

The treatment and hotel complex BRISTOL GROUP is located in the very heart of the spa town of Karlovy Vary and it is rightly one of the best in spa medicine due to its long tradition. In addition to comfortable accommodation, it primarily offers a high level of treatment based on combining traditional Carlsbad spa treatment with modern balneotherapy trends. It consists of 2 resorts (Bristol Royal and Bristol Riverside), which differ in location. These resorts consist of 7 luxury spa hotels.

The Bristol Royal Resort is located in one of the most beautiful districts of Karlovy Vary called Westend. Bristol, Bristol Palace, Livia, Tereza, Georgy House and Královská vila hotels were built in an English landscape garden and are interconnected with underground corridors. They provide their clients with luxurious accommodation with a charming view of the spa town.

Laboratory in the building

Park in the complex

View of the town

The Kolonáda Hotel has an ideal position in the centre of the spa town, thanks to which it has been very popular since its foundation. It is located on the bank of the Teplá river, just steps away from all of the mineral springs. It offers stylish accommodation with a unique view of the Mill Colonnade.

views of the Mill Colonnade

location in the city centre

The BRISTOL GROUP complex consists of 7 buildings, whose history dates back to the 18th century. The current hotel Bristol Palace is undoubtedly one of the most valuable and the most attractive buildings in the Czech Republic and moreover is one of the most beautifully dominant structures of Carlsbad.

The original construction of today’s BRISTOL GROUP complex was supported by members of two important families from Carlsbad - the family of doctor Wilem Fasolt and the Tellers hoteliers’ family. They built Bristol villa (now Bristol-Palace), Königsvila (Královská Villa), Teresa (Tereza) and Fasolt (now Livia) in the quiet part of Karlovy Vary called “Westend” for hospitality and relaxation purposes between 1872 and 1908.

Today’s Bristol Palace hotel, the most beautiful building of the whole complex, has been designed by Viennese architects Hans Schidl and Alfred Bayer in the spirit of Viennese historicism inspired by castle architecture.

The main building of the whole complex is the hotel Bristol. This hotel was built in the 80s of the 20th century on Sadová street at the place of a former Jewish synagogue burned by the Nazis during Crystal Night of 1938. In the main building there is an elevator and a system of underground corridors connecting the individual hotels of the complex.

The newest object of the entire complex is the hotel Georgy House, which was built in the spring of 2008 and was sensitively incorporated into the park and other spa buildings. Together with a swimming pool that lines the park, this building creates a new interesting panorama.

The history of the hotel Kolonáda, which is located right in the centre on the bank of the river Teplá, begins in the 18th century. At that time the innkeeper Lowe created a double-hotel with 52 rooms, stables for 90 horses and a shed for strollers from the pub Goldener Lowe and from the house Tyrolák. Later this double-hotel was renamed the U Prussian Princess in 1835 in honour of the visit of Prussian Prince Vilém. The names and the owners of the hotel has been gradually changing until the hotel Otava and Patria merged in 1997 and was given a name Hotel Kolonáda.

It is worth mentioning famous celebrities who have visited the BRISTOL GROUP hotels include the Archduke Franz Albert, the family of Count Kinski, Prussian prince Vilém, Nicholas Vasilievich Gogol, Sigmund Freud, Patriarch of the Russian Orthodox Church Pimen, director Sergei Bondarkuk and, last but not least, the Empress "Sissi".

What was actually the Empress Sissi like? Was she an emancipated and well-educated beauty or a skinny neurotic who made a life of the entire imperial court complicated? An excited tourist and nature lover or a workout obsessed sportswoman, who could never be stopped by anyone during endurance horse rides or many-mile walking tours? It’s hard to say; maybe little bit of everything, and certainly she was exactly what she wanted to be.

Elizabeth of Bavaria, Austrian Empress, Hungarian, Croatian, and Czech Queen, was considered to be the most beautiful woman in Europe during her lifetime. She was born on Christmas Eve in 1837 in Munich but spent most of her childhood at a family summer residence where she learned how to shoot, ride a horse and swim. At the age of 15, she fell in love with the Austrian Emperor Franz Josef, who she married after one year, and this moment had changed her entire life.

The free-spirited girl became the Empress of the Habsburg monarchy practically overnight. She was expected to follow strict rules of protocol and court etiquette. Sissi wasn’t quite prepared for this role and never fully adapted to it. She was accustomed to making her own decisions and, thanks to her temperament and strong will, she managed to preserve a certain degree of independence in the Imperial Court.

She insisted in installing of her own bathroom, and despite established traditions she personally took part in the upbringing of her children and travelled a lot. Although Sissi lived more or less in her own way, she was not happy. She was often sick, suffered from depression and was afraid of aging. She did not get along much with her husband despite her initial sincere love. The emperor was a pragmatist admiring her egocentric temperament, but he was not a strong supporter of her in hard times. On the other hand, the Empress did not help him much with fulfilling the government protocol obligations.

Sissi was famous mainly because of her exaggerated care for her appearance. She would do any sport extremely often and was obsessed with her weight - at a height of 172 centimetres, she weighed less than 50kg. Every day she weighed herself and if her weight gain exceeded just a few grams she fell into violent hysterics.

She adhered to a strict diet consisting of only dairy products, raw eggs, vegetable juices and raw meat juices. She fanatically took care of her hair which reached her ankles and weighed up to 5kg. The weight of her hair caused Sissi to have frequent headaches, which she cured by hanging her hair up while resting in her chamber in the morning. Only her personal hairdresser Fanny could touch Sissi’ s hair. Fanny used to wash her hair once every 3 weeks with a mixture of yolks and cognac, and she would spend 2 hours each day combing it.

The older Sissi became the more she cared for her skin. In addition to the olive oil, milk and honey bath, she used a daily quark face mask with honey and strawberries, and a night mask of raw veal meat. She rarely put any make-up on except for staining her eyebrows with soot from the candles. Drastic diets, excessive physical stress and an unbalanced lifestyle accompanied by stress and depression, unfortunately, left signs of aging on her face. Therefore, she refused to any picture or portrait of her after the age of 45. Every time Sissi went out with any company she would use a veil or a fan to obscure her face.

She had huge insecurities from her teeth and therefore she smiled with her mouth closed and tried to talk as little as possible, which was sometimes mistakenly understood as a lack of wit. In reality, however, the Empress was very intelligent and well-educated; she could speak several languages and had no lack of a sense of humour.

Empress Sissi arrived to Karlovy Vary in 1892 and stayed at the Tereza hotel. Even during her stay in Karlovy Vary she did not change any of her daily routine. She started her day with a walk at Spa III, from there she climbed on Three Crosses, continued through the Goethe view to Vítkova Mountain, went to Březová, climbed to Aberg, and returned via Linhart to Chateau Hill and the hotel. Overall, she walked very briskly for about 20.5 kilometres each day in hilly terrain. As a prominent person she was watched by a local detective throughout her entire stay. The detective then received a meritorious cross for his dedication, endurance and physical resistance.

Six years later, the Empress went to Lake Geneva, where she would become the victim of assassination. The Italian worker, Luigi Luccheni, pierced her with a rasper on his way to a steamboat. The tragic end of Sissi’s life has made her immortal, and she has been worshiped as a beautiful and emancipated "femme fatale."